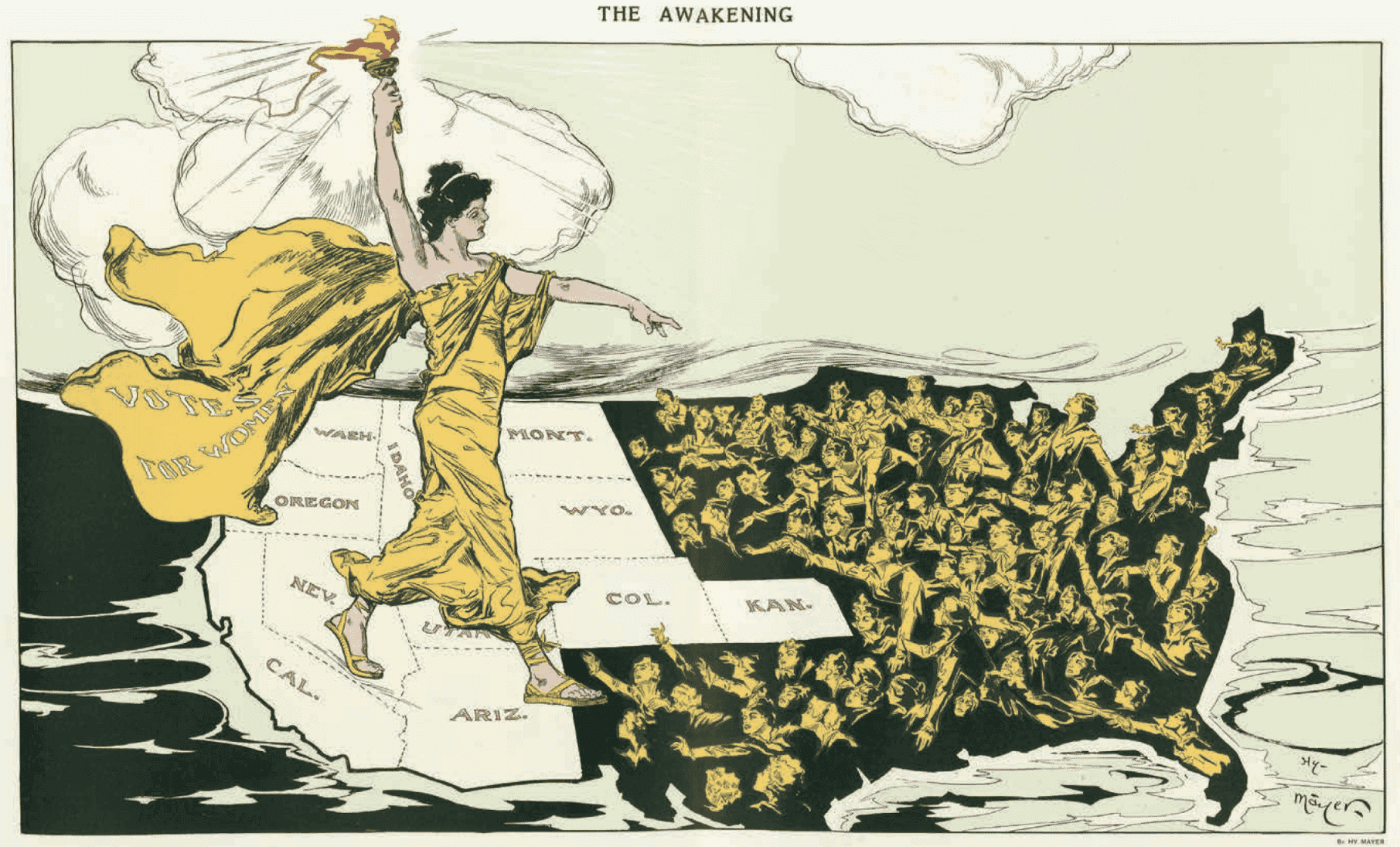 Congratulations to all of us as women as we pause our busy lives to remember to appreciate our freedom to vote and how far we’ve come in the last 100 years!

These women could not not vote.

These women could not own their own property.

These women could not have their own bank account.

These women could not own their own business.

And these women had a DREAM! 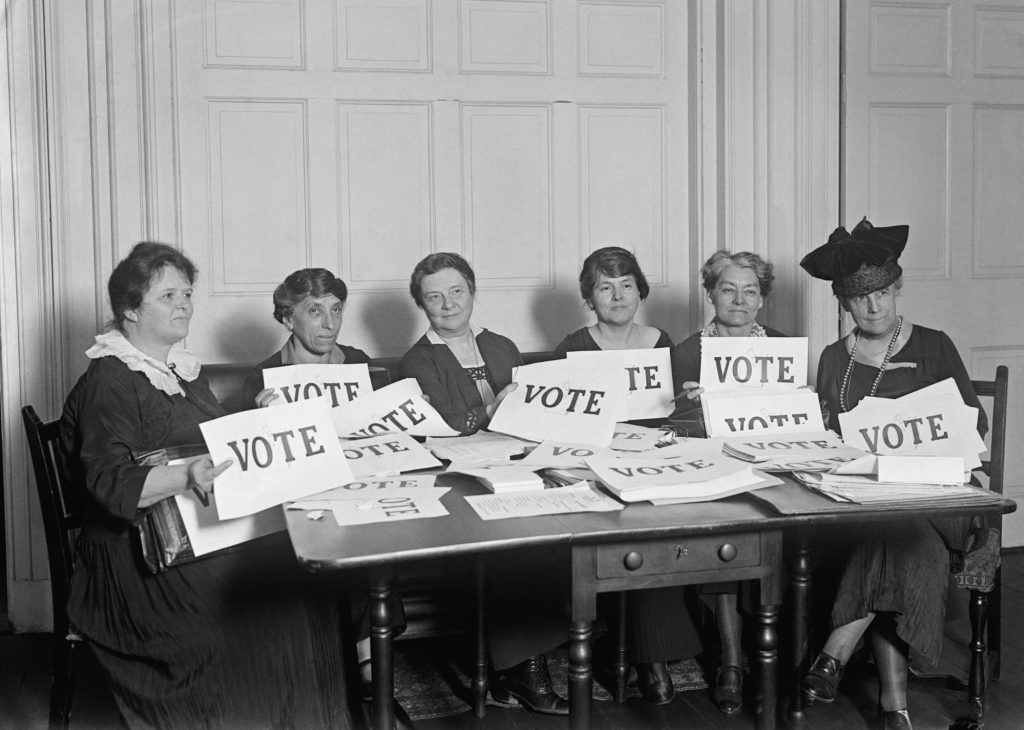 A dream to be seen as equal and capable members of society with the same rights as men.

A brief history of this day

Women’s Equality Day commemorates the anniversary of the adoption of the 19th Amendment in the U.S. Constitution, granting the right to vote to women. The amendment was first introduced in 1878, and was certified 100 years ago today, one week after it was passed in 1920.

Some people celebrate the centennial on August 18th when the amendment was ratified. And the Secretary of State Bainbridge Colby certified the ratification on August 26, 1920, changing the face of the American electorate forever.

Although the right to vote for Black Americans was still denied, the Voting Rights Act of 1965 secured it for all Americans.

Designating August 26 of each year as Women’s Equality Day

NOW, THEREFORE, BE IT RESOLVED, the Senate and House of Representatives of the United States of America in Congress assembled, that August 26th of each year is designated as Women’s Equality Day, and the President is authorized and requested to issue a proclamation annually in commemoration of that day in 1920, on which the women of America were first given the right to vote, and that day in 1970, on which a nationwide demonstration for women’s rights took place.

Despite becoming a teen mom, my mother not only fulfilled her dream of becoming a teacher in the school classroom, but eventually she followed a greater calling to become a thought leader and transformational teacher to hundreds of thousands.

My mother is definitely one of my greatest inspirations.

She was one of the most successful women in “New Thought”’ ministry.

She’s one of the very few women in the personal growth industry for over 40 years.

She’s one of the most successful women “thought leaders,” in a field of mostly men. 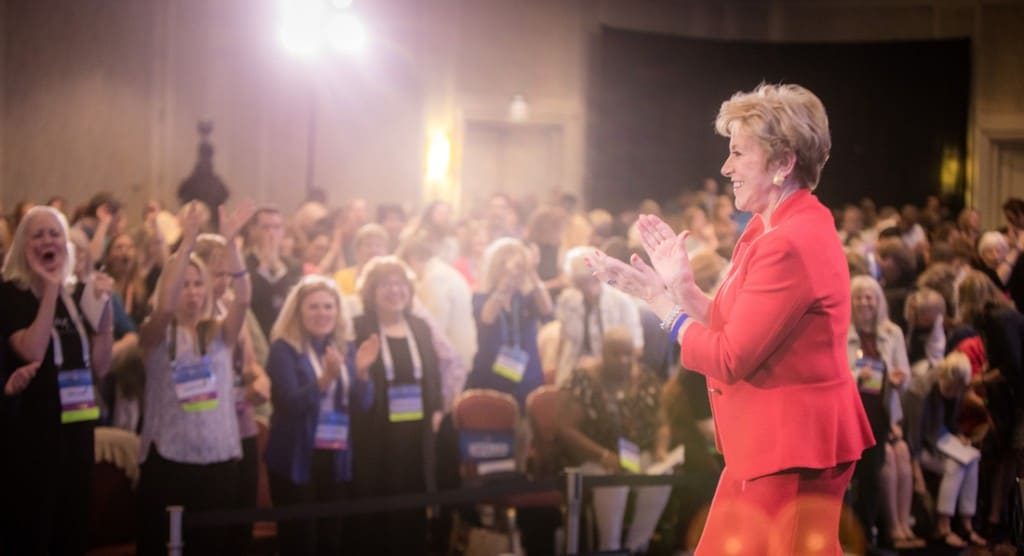 My mother among the other women in the personal growth industry deserve our thanks and deep appreciation for paving the way for the rest of us. But back when my Mom began in the human potential movement there were mostly spiritual centers and ministry. She had to go to occult bookstores to find books on the human potential movement. The only “coaches” people knew about were for sports. Life coaching was not something people were doing back then, nor investing in.

(Now, everyone and their sister is a life coach! LOL)

I’m extremely grateful for the hard-worn road less traveled she has walked, paving the way for myself, and thousands of women who are now inspired to serve in the personal development industry.

And this is true for so many other industries!

NASA astronaut Sally Ride became the first American woman to go to space on June 18, 1983, when she launched on the space shuttle Challenger with mission STS-7. 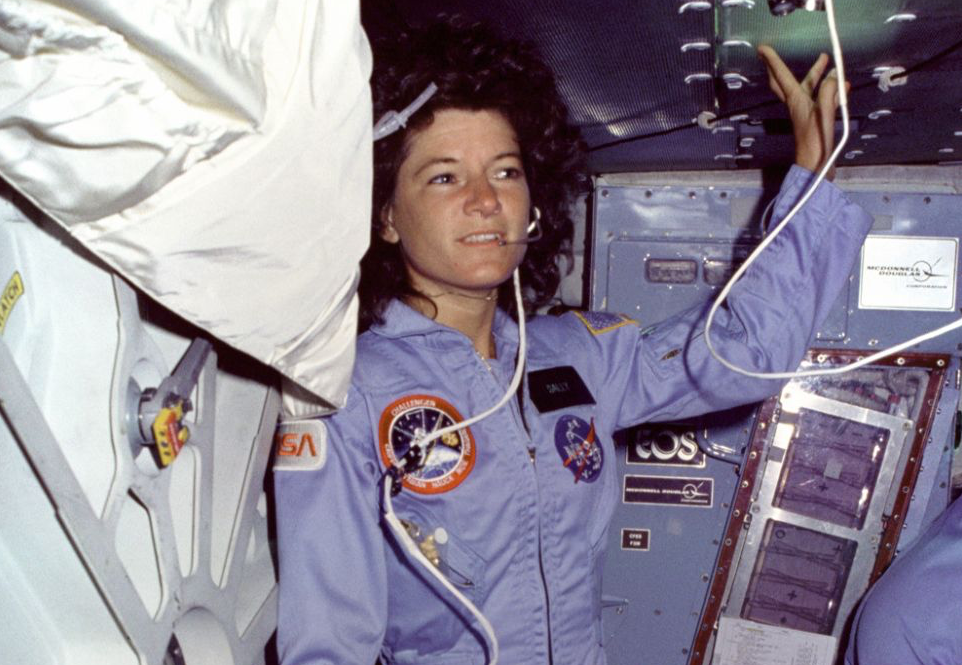 Or Sofia Ionescu, a Romanian doctor who stepped up and became the world’s first woman neurosurgeon during the 1944 bombing of Bucharest, successfully saving the life of an injured boy when there was a shortage of medical staff. 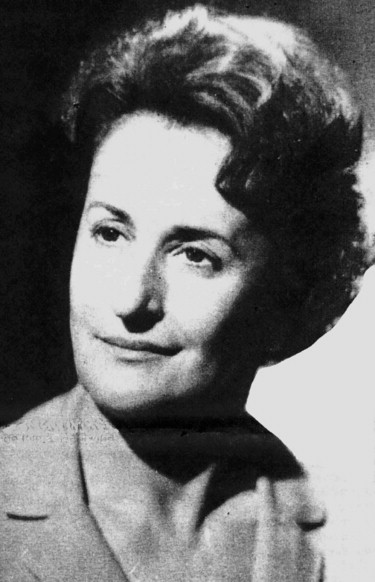 Or Katherine Johnson, the pioneering mathematician (and “Hidden Figures” hero) who worked for NASA from 1953 to 1988. She helped send the first U.S. astronauts to space, including the Apollo missions to the moon. 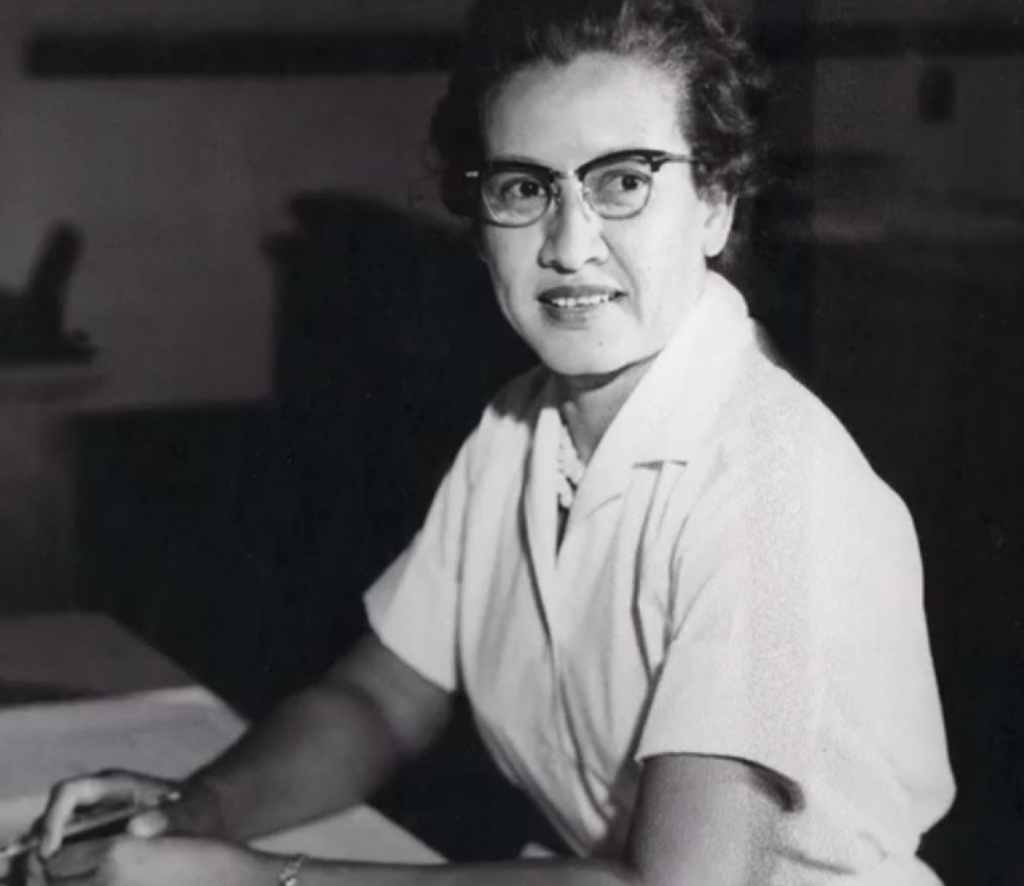 And so many more women who have followed their dreams, especially the ones who overcame all the odds and difficult obstacles to truly fulfill their purpose and potential.

Gone are the days where we were told we have to be either a stay-at-home mother, teacher or nurse. (Not that there’s anything wrong with being a stay-at-home mom, if that’s your dream – a shout out to all the amazing moms out there.)

I love this quote by William Golding… 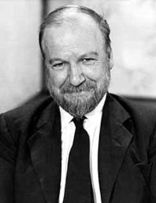 What will you multiply and make even greater than we ever thought possible?

I feel it’s our obligation to our higher power and to these women who came before us, not to squander our days away on meaningless tasks, just going through the motions and doing work that doesn’t inspire us or ignite us.

Now, with our full freedom, we get to dream what might appear to be impossible, wild dreams, and accomplish them! I’m not saying it doesn’t take determination, grit, perseverance, bold inspired action, doing it afraid, courage and confidence! It does, all of that and more. But what is life really for, but to not live it to its fullest?

It’s never been easier than ever before to create wonderful, life-giving work that lights you up with joy!

Now, I am living the life of my dreams, with the right to vote, and being able to own my own home, and own my own business, the business of my dreams that I absolutely love. I have this freedom because of the hard work of the amazing women who came before me. And to them I will be forever indebted. 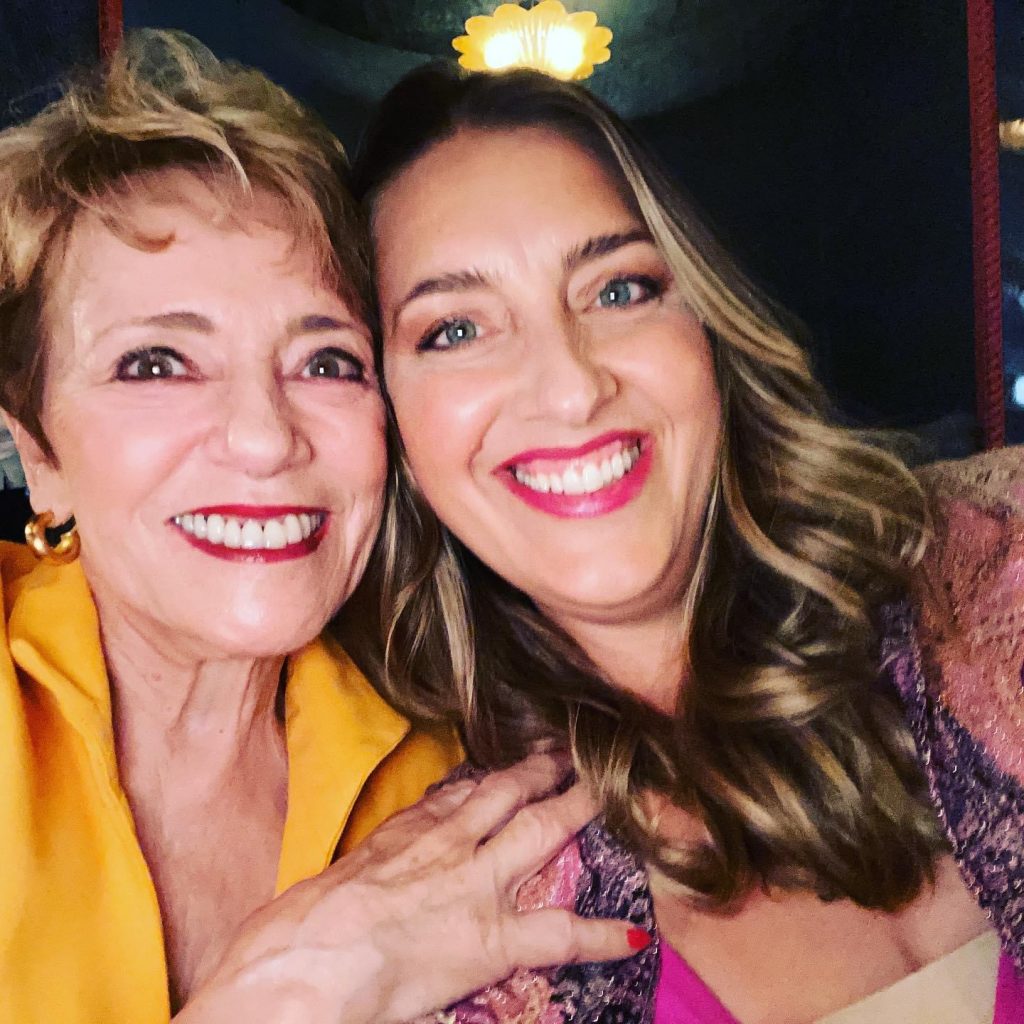 I want to thank all the women who came before us, both those who are no longer alive and those who have fought this just fight and are still with us. Thank you brave souls, for all you have done to win our freedom to vote and to equal treatment. 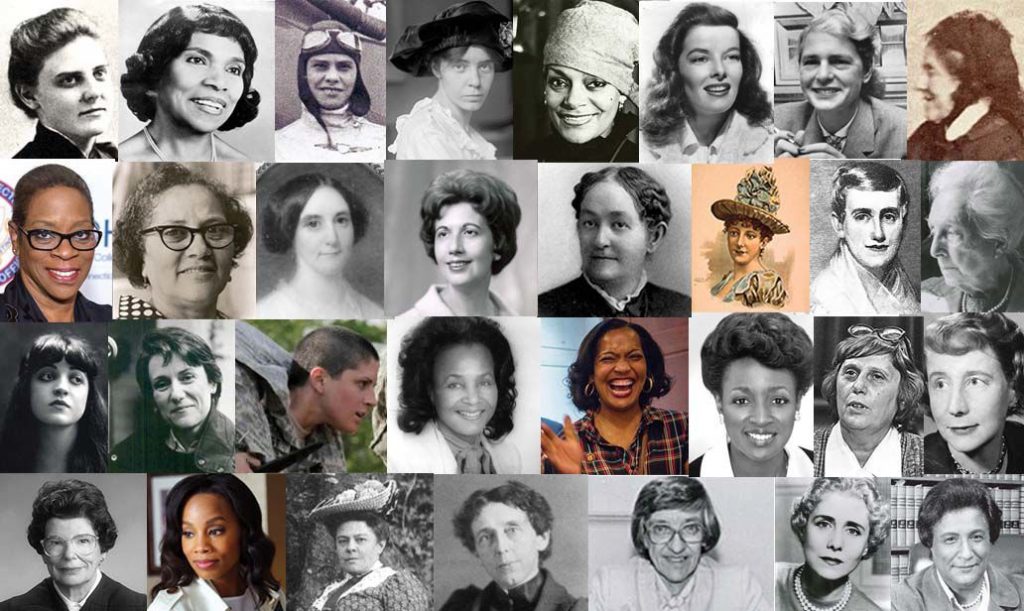 Many of the women suffragists are role models for persistence who show both how hard and how important it is to try to move society towards justice and equality. And their success proves it can be done. They made it possible to win democracy for half the country. In their honor, take action where you are remembering and celebrating the achievements of the women who won the vote. Their spirit embodies the democratic values we share and demonstrates, unmistakably, women’s ability to succeed.

One way we can honor these women suffragists is to speak up this election season and vote! Make sure you take your stand and cast your hard earned vote for who you want to lead our nation.

I’ll be gratefully and purposefully casting my vote, and I hope you will too.

We still have a ways to go to earn and experience total equality, with equal pay, and equal treatment for women of all ages, races, and abilities. I personally feel it’s in our hands – especially for the privileged women to set the example, and to stand up for those less fortunate.

And I do believe that it’s our right to stand in our power and ask for what we are worth, and what we deserve. Most women don’t earn what they are worth, not because they can’t, but because they simply don’t ask for it. So, amazing women – we ARE WORTHY – go out there, follow your dreams, stand in your power, and ask for, and CLAIM what you are worth!

Over the past 10 years I experienced much growth, I have transformed from a penniless professional dancer to a highly-prosperous, self-made entrepreneur! This was an inside-out job. No one was suppressing me, but my own limiting thinking. I believe the sky isn’t the limit – as Norman Vincent Peale, author of The Power of Positive Thinking, once said, “Shoot for the moon. Even if you miss, you‘ll land among the stars.”

What is your dream? What are you doing to create a life you love living?

Amazing woman – what will you do to honor the power breathing you, the women who came before you, and bring forth your dreams? Share a comment for our amazing community below. We love to hear from you!

Here’s to creating an amazing life of our dreams! 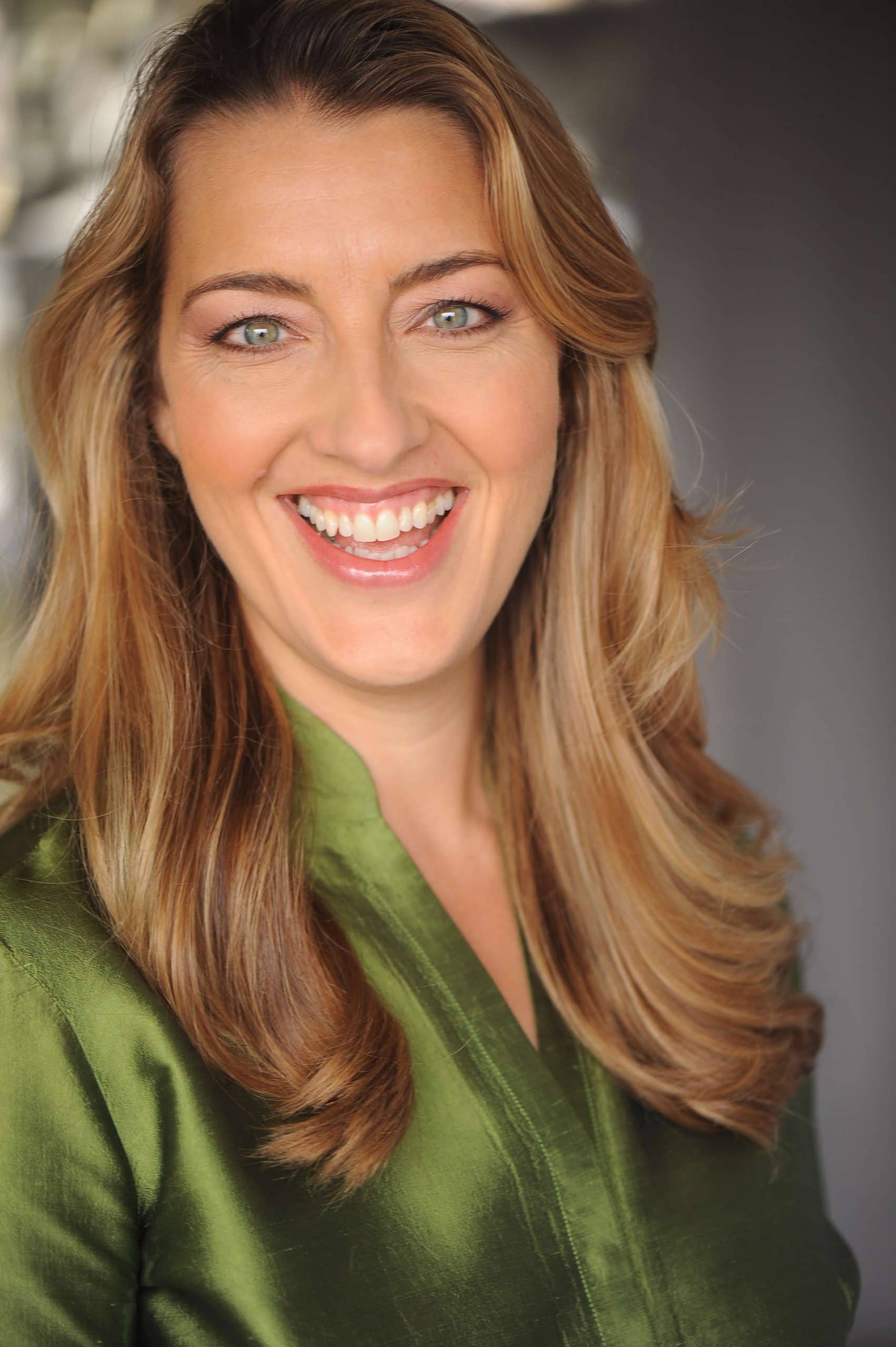 Can’t Lose Weight — No Matter What You Try? 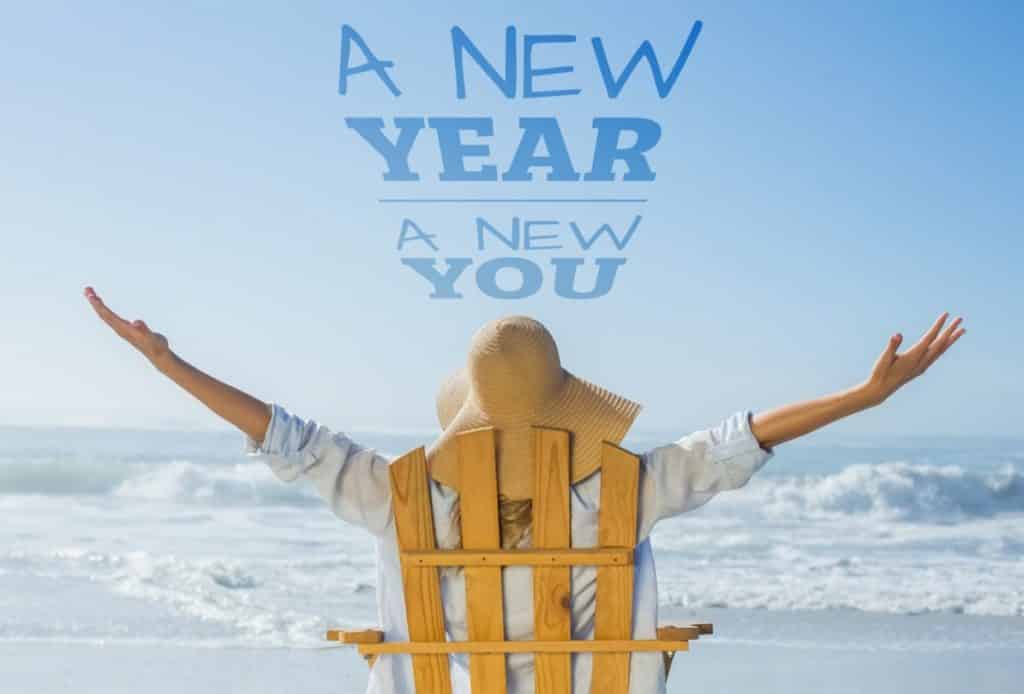 3 Keys to Ensure You Accomplish Your Goals and Dreams for a New, More Vibrant You