How to Identify Your Blind Spots as a Life Coach

A few days ago, a young woman I know had a sudden breakthrough in a problem she’d been struggling with ever since she was a child.

The discovery she made was so profound that I wanted to share it with you, so that you could apply it to your own blind spots in your life and career as a coach.

As a strong believer in peoples’ ability to create their own fate, she knew that if something was happening consistently in her life, it was probably because of a habit or mindset she was carrying.

But she couldn’t figure out what.

She was constantly seeing couples all around her, when she could barely even get men to engage in conversations, and she didn’t know what she was doing wrong.

She was fantasizing about getting to know and love a man, and allowing the scenario to play itself out in her head.

But, as often happened in these imaginings, she found herself having to defend her choice in front of the people she cared about.

They didn’t respect her decision, and she had to carefully justify her every emotion with logic before she could let herself feel it.

Suddenly she realized: what she imagined these people doing to her was exactly what she was doing to herself.

At that moment, the thoughts flooded through her mind: If I can’t even feel love or express attraction without stopping to justify it first, how can I possibly be natural, authentic and attractive around men?

If I can’t respect and trust my heart’s decisions, how can I expect anybody else to, including the man I desire?

And if I can’t act on what I feel, without constantly using my mind to guard against being hurt, how can I expect a man to risk being rejected by approaching me?

The treatment she’d been expecting, experiencing and imagining from others was actually a reflection of the way she was treating herself.

And while it would be easy to say that her subconscious was sabotaging her with old fears, those fears actually pointed the way to a wound that needed to be healed before she could move forward in this area of her life.

What are your fear patterns telling you?

If there’s a fear or unpleasant scenario that keeps coming up in your mind, pay attention to it.

Don’t let it rule you or guide your decisions, but don’t ignore it, either.

“What should I do when I find the wound behind the blind spot?”

As much as we’d like to think we can, the truth is, even life coaches can’t go it alone.

We need like-minded people to help us to see our blind spots, and we need guides and mentors to help us heal our wounds and work past our limitations when we discover them.

I want you to enjoy those benefits.

At Brave Thinking Institute, I’ve built up an amazing group of coaches and mentors, some of whom specialize in helping life coaches, and some of whom are coaches just like you.

These are people who realized that as long as they were trying to do it all on their own, they’d be continuously haunted by old habits, limitations and wounds, and their lives and businesses would never grow the way they wanted them to.

Are You Required to Know All the Answers as a Life Coach?

Steps to a Content Strategy for your Coaching Business 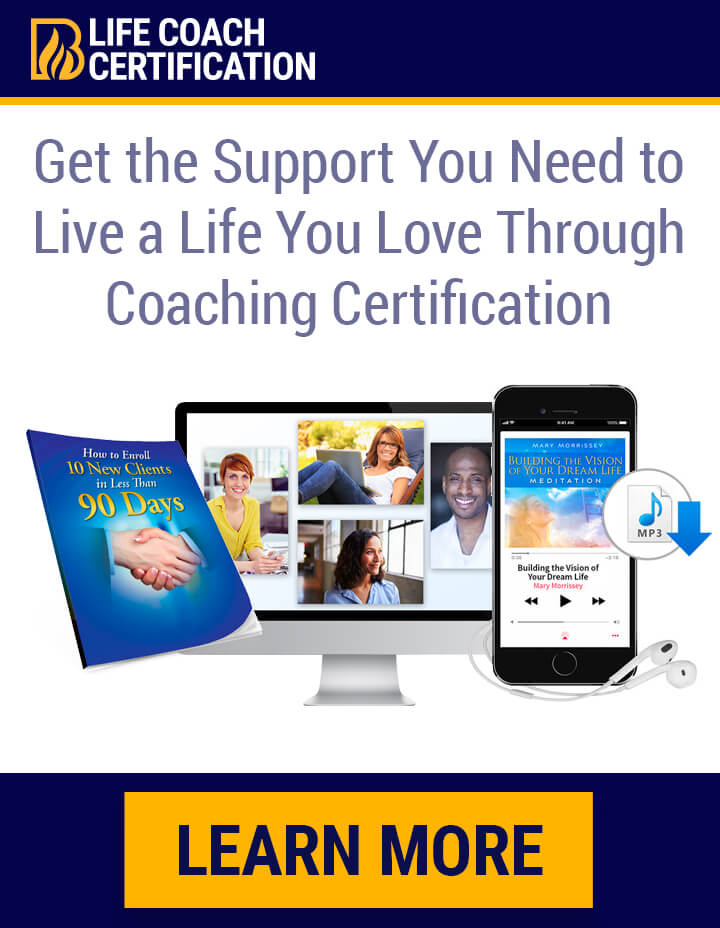