Discover How to Ignite & Inspire Your Team, So That They Love Their Work, Accomplish More and Skyrocket Your Business Growth...

Fill out your information below to request a complimentary strategy session with one of our expert business mentors
(available on a first-come, first-served basis!)

“This may be the most motivated, engaged and innovative group I’ve ever been around…”

“And they’re working for me!”

Imagine leaders and employees within your team taking ownership and initiative, feeling eager to contribute, excited to be a part of something big, and showing up EARLY because they love their work… versus just clocking in and out for a paycheck.

Imagine the pride you feel leading an organization that’s so remarkable, with happy customers who are raving evangelists for your products or services... and you being the catalyst of it all.

Better still, imagine, this all happens naturally without feeling forced, or having to restructure or overhaul your entire team.

A Message from the CEO of Brave Thinking Institute

Hi, my name is John Boggs, and I’m the CEO of Brave Thinking Institute, a thriving personal development company with nearly 100 digitally-commuting, highly-engaged employees all over the world.

I’ve consulted with companies like Apple, Microsoft, Toyota, Pfizer, CitiBank and The World Bank just to name a few, and I’ve had the privilege of sharing the stage with people like Bob Proctor, Les Brown and Ariana Huffington.

Prior to being CEO of Brave Thinking Institute, I took a failing real estate business to over $60MM annually.

Empowering leaders, teams and organizations has been my passion and my life’s work for well over 20 years.

At one time, I felt very stuck in my ability to inspire and ignite my team and lead my organization.

Actually, I was about as inspiring as an alarm clock to a grumpy teenager on an early Saturday morning.

I felt like no matter what I tried or no matter how hard I pushed… my leadership alone wasn’t able to get my team engaged, innovating or fully owning their role within our organization.

And the worst part was I didn't know who to turn to for help. As a leader, everyone looks to YOU to know what to do. Can you relate?

Then I discovered a series of powerful “Hidden Laws of Leadership” that thought leaders like Abraham Lincoln, Gandhi and Mandela used to change the world

As a result, I found a series of powerful, “hidden laws of leadership” principles that, whether they were applied 100 years ago or this year, have proven to ignite and inspire people to produce extraordinary results and transform the world…

And they will do the same for you and your organization, IF you know how to apply them correctly.

By learning and applying certain “hidden leadership laws” in very intentional ways, I could effortlessly create engagement and inspire those around me.

Creating vision, culture and a remarkable environment went from being something I was “trying” to do, to something which NATURALLY OCCURRED anywhere I went without any extra effort on my part!

Request to Speak to a Program Expert
What Makes This Model Different...

This new paradigm – along with the new and unique insights I’d gained during my exhaustive search for truly transformative leadership principles that had proven to work time and time again – began to open up a new world for me as a leader.

This “new world” of leadership instantly began transforming both my own business and the business of the private clients I worked with.

What I discovered while consulting with business owners and organizational leaders using this new context was that once they got “it”... nothing was ever the same.

A mind that is stretched by a new experience
can never go back to its old dimensions.

By applying these hidden laws of leadership:

And your access to all of this, and much more, is...

Never has that been more true than today when dealing with the makeup of your team and members within your organization.

What if, in a single weekend, you could grow yourself in a way which would alter the way you lead forever?

Not focusing on changing, tweaking or adding more tactics to your arsenal, but instead creating entirely new paradigms, world views and frameworks for what’s possible for you as a leader and for your entire organization?

And what if, after just 4 short days, you could effectively articulate (on demand) possibility-driven futures for your organization, your team and yourself… immediately calling forth inspiration, engagement and passionate performance?

This, and much more, is what’s possible for you as a result of attending Hidden Laws of Leadership.

Hidden Laws of Leadership is a 4-day in person event for 30 high-level business leaders who are ready to ignite passion, engagement and leadership within themselves and their employees.

Because if you look around at the most successful organizations and those leading the most fulfilling lives, you’ll see a common thread shared among them…

Possibility-driven leadership is the #1 skill in the 21st century.

This event will be co-faciliated by Mary Morrissey, founder of the Brave Thinking Institute.

Mary has invested the last 35 years in coaching and mentoring tens of thousands of people from all walks of life, and from all over the world.

She’s seen first hand what creates success and what holds people back. Her experience has afforded her the opportunities to collaborate, or have audiences with some of the world’s most influential and respected leaders, including His Holiness The Dalai Lama and the late Nelson Mandela.

Mary holds a bachelor’s degree in Education, a master’s degree in Counseling Psychology and an honorary doctorate in Humane Letters. She’s authored two best-selling books: No Less Than Greatness and Building Your Field of Dreams, which became a PBS special.

Even though Mary and I have coached and mentored thousands of business leaders...

A new paradigm and tools which will produce at least 10 times the investment to attend the retreat.

Your Hidden Laws Of Leadership Headquarters: The Birthplace of The American Revolution 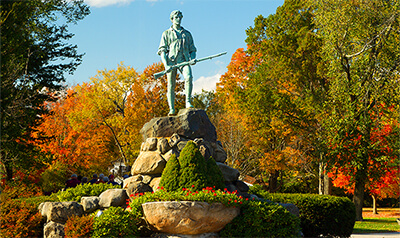 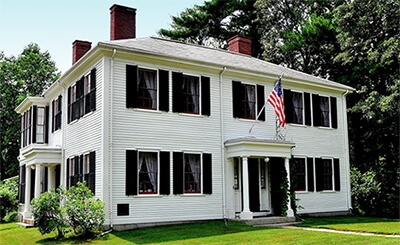 You’ll be on the same ground where great thinkers like Emerson, Thoreau, the Alcotts and Paul Revere had their own transformational leadership insights and decisive moments.

You’ll feel the energy and “Revolutionary Spirit of 76” the entire 3 days during our time together because everything will be taking place at the historic Colonial Inn. 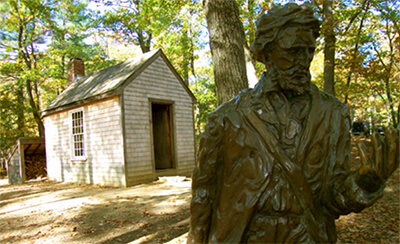 You’ll ask yourself, just as Thoreau did, “What if we were really willing to do this”...

And you’ll walk away a completely re-energized and transformed leader… someone who can instill and inspire a clear vision and purpose to those you lead.

And the best part?

All you have to do is get yourself there because we’re taking care of your hotel, your meals, your private tours (some of which are not available to the public)... and a few other surprises you’ll hear about when you arrive.

Request to Speak to a Program Expert
Who This Private VIP Retreat Is For...

Since we’re being very selective with the application process, we want to be clear who this retreat is for…

This is NOT a retreat for those who are content with “the way it is” or “playing average”... this is about creating possibility and accessing new levels of leadership… both within yourself and your organization.

If you’re a person who seeks to influence a team or organization to generate best-in-class results… this retreat is for you.

Or simply, if you’re a possibility-driven person and have a sense there’s something you’re not seeing which could be holding your leadership and your organization back in some way… this retreat is also for you.

From C-Level executives to team leaders, entrepreneurs, department heads and solopreneurs who aspire to lead a team… anyone looking to discover more authentic leadership is welcome to apply.

“Ok John, So What’s the Investment?”

Companies typically pay north of $25k to have just me (that doesn’t even include Mary) work alongside their leadership team and do for them what we’re going to do for you at Hidden Laws of Leadership.

But right now the investment for the entire 4 days of teachings and exercises, not to mention working with me and my team one-on-one to guarantee you get everything you came for…

The investment isn’t even anywhere close to that.

In fact it’s even far less than HALF.

Other retreats which offer “similar” type “tactics” are consistently asking 2, 3 even 4 times what the investment of Hidden Laws of Leadership is!

But the main reason we’re keeping this small is because our mission is to help ignite leaders and provide them access to get in touch with their wildly important purpose.

Our goal is to help them create impact, legacy and meaning in their lives.

When You Say “YES!” to Attending
Hidden Laws of Leadership,
Here’s What You’ll Receive

Here’s just a reminder of everything included in the retreat…

Ready to ignite and inspire your team, so that they
accomplish more and skyrocket your business growth?

Here’s Your Next Step:

Since we are limiting the retreat to only 30 people, we’re being very selective with who we take because we want to make sure we can deliver the results promised...

Which is part of the reason why, if you act now, we’re offering you a 100% complimentary strategy session with one of my Program Experts who have been personally trained by me.

During this free complimentary session, three things will happen:

Click on the button below now, and let’s get you started!

Request to Speak to a Program Expert